In celebration of the launch of our new Dark Denim Slingback, we wanted to take a look at denim and its history. Like all fashion trends, denim on denim has been making a real comeback lately; flip through a magazine or scroll through your Instagram feed and you’re likely to see a double denim look or a pair of denim patched jeans. Why does this trend look so familiar you may ask? Well, think back to 2001; American Music Awards; one of the hottest couples at the time; former flames Britney Spears and Justin Timberlake gave us one of the most memorable red carpet looks of all time with their matching denim looks. 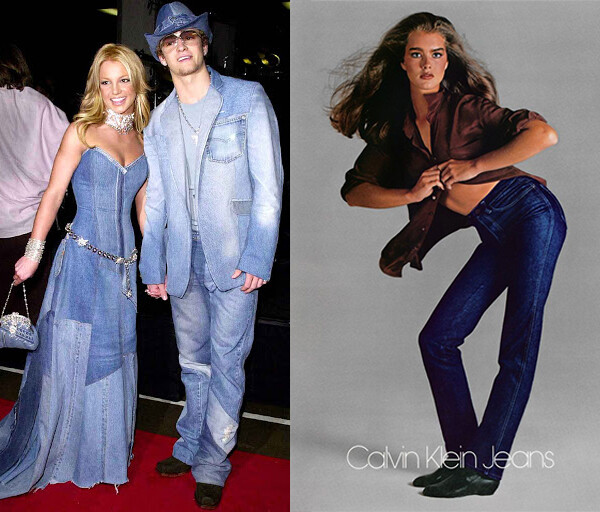 Speaking of another memorable denim moment, who remembers 15-year old Brooke Shields in that infamous Calvin Klein ad, uttering those now well-known words “Do you know what comes between me and my Calvins? Nothing.” To say this ad caused a bit of an uproar in the States is an understatement.. but definitely worth mentioning when it comes to memorable denim moments.

Looking at the history of denim, will take you all the way back to the 18th century: the word “denim” originated  from the fabric "serge de Nimes" made in the French city of Nimes. Denim was first used for clothes worn by gold miners, whom needed strong clothes that wouldn’t tear. Levi Strauss  and Jacob Davis supplied them with denim pants reinforced with rivets at the places where pants would tend to tear.  The rest is pretty much history as Levi jeans are a household name in the world of denim.

It wasn’t until the 1930s though, that jeans become widely popular; influenced by Hollywood cowboy movies in which actors wore jeans. With the beginning of the World War 2, production of the jeans did drop, but it rose again with American soldiers wearing jeans while they were on leave.  When the war ended, other companies that made denim started appearing like Wrangler and Lee. 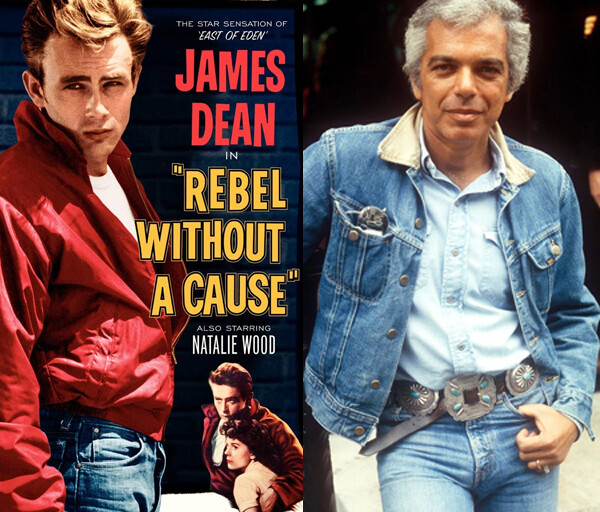 Young people started wearing denim in the 1950s as means of rebellion. This fashion was also inspired by Hollywood with Marlon Brando in The Wild One (1953) and James Dean in Rebel Without a Cause (1955). Some public places like schools and theaters actually banned jeans because of what they symbolized. Denim crossed from counterculture to fashion in the 1960s and 1970s and many denim looks were introduced, such as the Canadian tuxedo, with Ralph Lauren being its biggest fan. 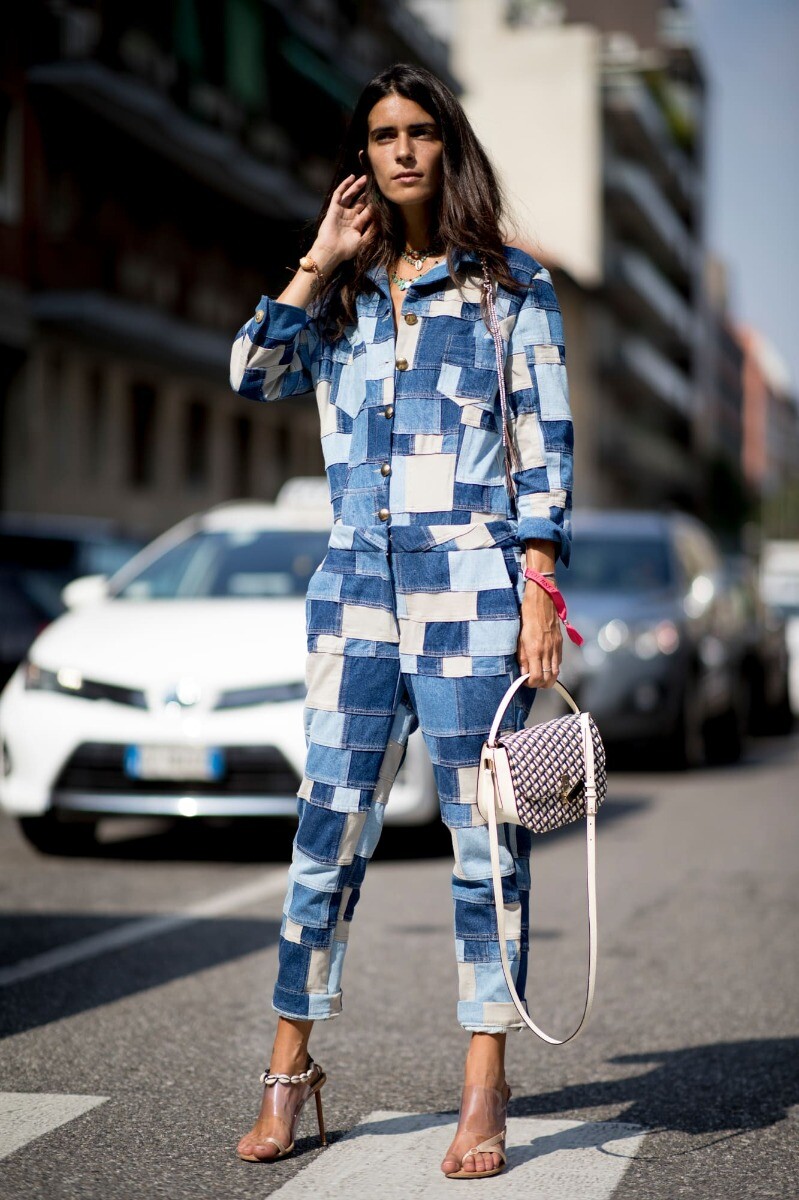 Circling back to the 21 century, denim is still as popular as ever, which is why at FERAGGIO we could not leave out a “denim pump”. We just love how the denim heel instantly ads a level of edginess and coolness to your looks, while still remaining classy. Our dark denim slingback is perfect for the indian summer we are about to go in; wear with a pair of jeans and crisp white shirt and you’re ready to go! Or, if you feel inspired by this blog, create your own Canadian tuxedo like Mr. Lauren himself. 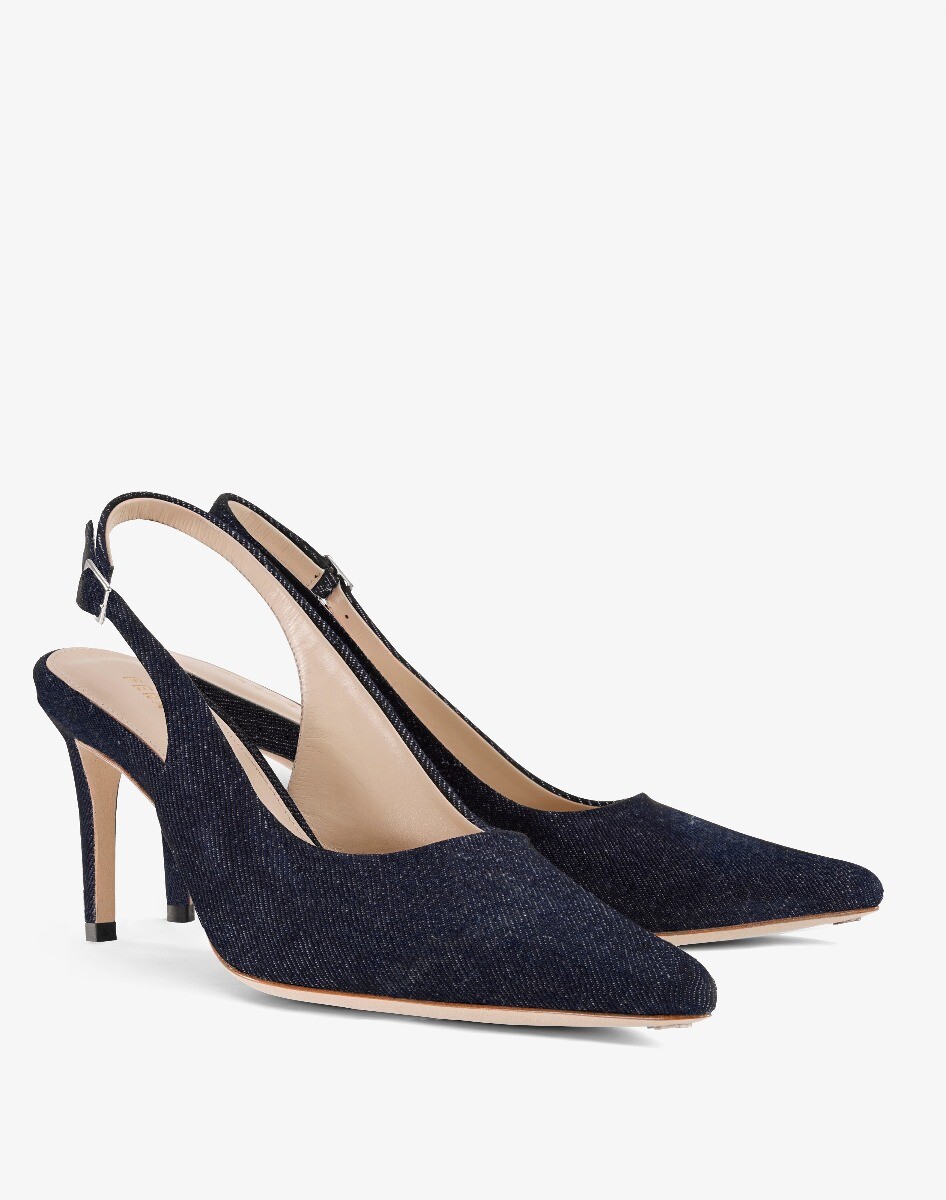 Can’t get enough of jeans? We rounded up some fun facts for you!

Fun facts about jeans (you have always wanted to know)